The Las Vegas 51s opened their 32nd season on Thursday night at Cashman Field. And second-year manager Wally Backman probably couldn’t have orchestrated a better debut as the 51s cruised to a 9-2 victory over the Fresno Grizzlies.

Starting pitcher Rafael Montero, rated the No. 3 prospect for the parent club New York Mets by Baseball America, pitched six shutout innings to pick up the win, allowing just four hits and no walks while striking out five. The 23-year-old right-hander threw 79 pitches, including 55 for strikes.

Offensively, the 51s pounded out 13 hits, including a two-out grand slam home run by third baseman Zach Lutz in the seventh inning that broke the game open and made it 8-2.

Left-fielder Kirk Nieuwenhuis also had a big night for Las Vegas, going 4-for-4 with a home run while shortstop Daniel Muno and Lutz each added two hits. And veteran major leaguer Bobby Abreu lined a single to left-center as a pinch-hitter in the seventh inning.

The only blemish was a two-run homer by Fresno third baseman Adam Duvall on reliever Joel Carreno’s first pitch with two out in the top of the seventh.

Game 2 of the four-game series is Friday night at 7:05 p.m. and will feature the Triple-A debut of the No. 1 rated prospect in the Mets organization, 6-foot-6 RHP Noah Syndergaard. 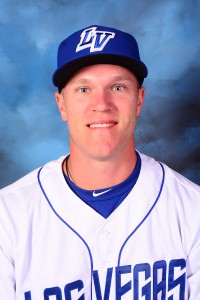 Syndergaard, who also comes in at No. 11 on MLB.com’s Top 100 Prospects List, was the starting pitcher for the USA Team in last summer’s 2013 All-Star Futures Game at Citi Field. The 21-year-old from Mansfield, Texas, has a fastball that tops out at around 98 miles per hour to go along with a plus curveball and changeup.

Friday game will also feature a post-game fireworks show as well as a giveaway of 1,000 boxes of Girl Scouts cookies following the game. And magnetic 51s schedules will also be passed out to all fans in attendance.