MLS teams square off at Cashman Field on Sunday

It still remains to be seen whether Las Vegas lands a Major League Soccer expansion team. But hardcore local soccer fans can get a taste of what it would be like to watch an MLS game in person on Sunday night.

The Colorado Rapids and San Jose Earthquakes, two teams who have combined for three MLS Cups over the years, will play a preseason match at Cashman Field in the inaugural Las Vegas Pro Soccer Challenge Cup at 7 p.m.

It will be the first time a professional soccer game has been held at Cashman Field, better known as the home of the Las Vegas 51s triple-A baseball team. Part of the infield has been replaced with grass for what should be an intimate pitch for fans.

“It’s a great opportunity for the community to come out and support Major League Soccer in downtown Las Vegas,” said Nick Geber, the president of Las Vegas Pro Soccer and host of the popular national “World Soccer Radio” show. “You’ll be able to see players like Chris Wondolowski from the U.S. National Team and international stars like Gabriel Torres (Panama) and Matias Garcia (Argentina).” 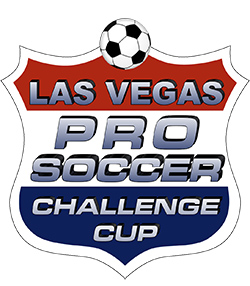 Wondolowski, the leading goal scorer in the MLS in both 2010 and 2012, was one of 23 members of the U.S. National team that played in the 2014 FIFA World Cup in Brazil. He was voted the MVP of the MLS in 2012 and played the second half for the United States in Sunday’s 2-0 friendly victory over Panama at the StubHub Center in Carson, Calif.

Despite getting approval to stage the game less than a month ago, over half of the 9,000 seats for the contest have been sold as of Monday afternoon. Tickets, priced from $12 to $85, are available at LVProSoccer.com.