But it was running back Paul Lucas, starting his varsity game for the visiting Pride, who stole the spotlight.

The 5-foot-11 junior exploded off left tackle for a 48-yard touchdown on Mountain Pointe’s first offensive play of the game and the Pride never looked back, rolling up 319 yards on the ground en route to a 28-21 upset of the No. 21 ranked Gaels (0-1) at Fertitta Field.

Lucas, who also scored on a 39-yard run up the left sideline in the third quarter, finished with 133 yards on just eight carries.
(STORY CONTINUES BELOW)

“I felt like I was running the 100 … just like track,” Lucas said of breaking into the open on his first carry that set the tone for the game.

Lucas knows a thing or two about running track, not to mention the 100 meters.

He won the Arizona state high school title in the event last spring as a sophomore with a blistering time of 10.44. He finished second in the 200 meters despite breaking the 21-second barrier (20.99). It’s doubtful the Gaels will face a more explosive runner this season.

“We came in here feeling like we were the underdogs, that we had something to prove,” Lucas said.

Lucas was only the second leading rusher for the Pride (1-0). Senior Wesley Payne finished with a game-high 167 yards on 21 carries and scored the game-clinching touchdown on a five-yard sweep off right tackle with 5:13 remaining that upped Mountain Pointe’s lead to 28-14.

Senior halfback Daniel Stewart returned the ensuing kickoff 95 yards to cut it to 28-21 but the Gaels never got the ball back as Mountain Pointe then drove from its own 22 to the Gorman six while running out the clock.

“Any time you give up 100 yards (rushing) to a single guy it’s tough,” Bishop Gorman coach Tony Sanchez said. “You talk about two 100 (yard rushers), that’s unacceptable. To give up that many yards on the ground, it’s going to be tough to win the game. You saw it at the end. We just couldn’t get the ball back.”

Remarkably, Bishop Gorman lost despite winning the turnover battle, 4-0, AND returning a kickoff for a touchdown.
Cunningham, making his first start in place of graduated Anu Solomon (Arizona), overcame a sluggish start to rush for a team-high 102 yards on 17 carries. He also completed 5-of-12 passes for 83 yards and a touchdown.

“I thought Randall did a good job of progressing, and he really showed some athleticism and courage down the stretch,” Sanchez said. 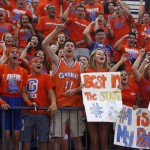 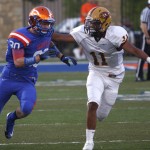 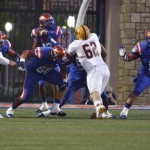 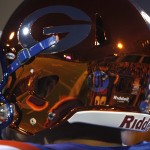 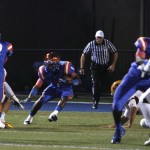 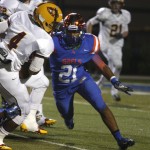 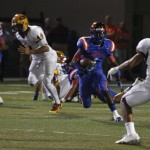 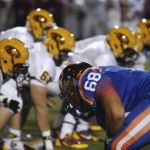 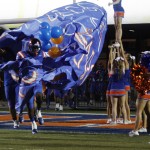 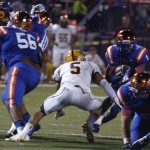 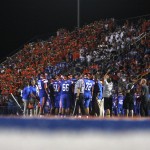 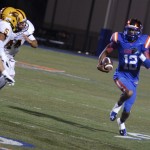 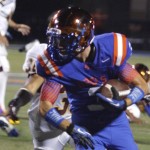 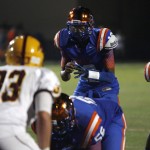 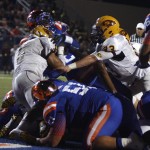 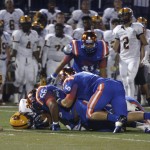 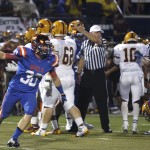 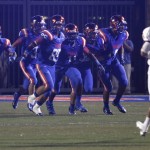 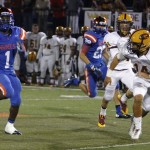 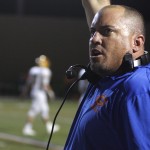