Playing in Rose Bowl a homecoming for McAleenan

PASADENA, Calif. — Like many of his teammates, UNLV senior linebacker Ryan McAleenan has had Saturday’s game with UCLA circled on his calendar.

Any why not? It’s the first time ever that the Rebels will have played in the iconic Rose Bowl, home of the Grandaddy of all bowl games. Even head coach Tony Sanchez had never stepped foot on the hallowed turf until Friday afternoon’s walk-thru.

For McAleenan, a 6-foot-2, 220-pound linebacker who led the team in tackles with 85 last season and was voted a team captain by his teammates this year, playing in the 93,000 seat stadium is old hat. Kinda.

“In Pop Warner, I played my first game in there,” McAleenan, who prepped at nearby St. Francis High School in La Canada, said. “We won a little raffle or something. I was eight years old.”

McAleenan, who expects about a dozen friends and family members in attendance for Saturday’s contest, said not even one section of the Rose Bowl was filled that Sunday afternoon when his La Canada Gladiators took the field. There figures to be about 65,000 more fans in the stands on Saturday at 5 p.m. (Pac-12 Network) when the Rebels (1-0) take on the Bruins (0-1).

“I barely remember it, honestly,” McAleenan said of the Pop Warner contest. “I remember that it was a great experience. I think we won the game.

“I never got to play there in high school but I grew up going to games there. I went to the Auburn-Florida State national championship game (in 2014). I played soccer on the field next to the stadium when I was kid. And I used to drive by it a lot to go to school and stuff. But my favorite memory was going to games there.”

Now he gets to start a college game about a short seven-minute drive from his old high school.

Even if it means the challenge of going against UCLA’s standout sophomore quarterback Josh Rosen, already projected in some mock drafts as the likely top pick in the 2018 NFL Draft.

“He’s a great player,” McAleenan said. “They do a lot of things on offense that are really good. They played really well against Texas A&M. It’s going to be a tough test for us but I think we’re ready and I think we’re excited to go out there and play against them.” 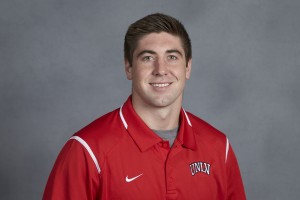